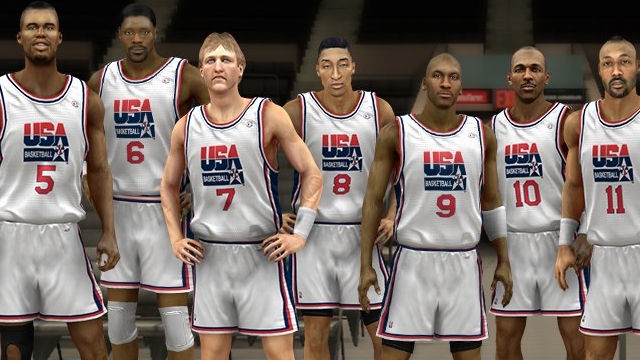 For the third straight year there will not be an NBA game from EA Sports. NBA Elite 11’s demo was so broken that the game ended up getting delayed and ultimately cancelled. After changing studios, engines and attempting to rebuild the game from the ground up, EA decided that since they weren’t far enough yet for an October release date (in line with the NBA season) that they would again put off launching a game this year and aim to release a game for next season instead.

My question is, does anyone care?

This drought of EA basketball games (no NCAA basketball either) just happens to be during a period where the NBA 2K series can do no wrong. NBA 2K11 changed the game with the addition of Michael Jordan and the most realistic basketball game we’ve ever seen. 2K12 took all of that and improved it, adding more touches and hall of famers. Now, when the series could be on cruise control if it wanted, they seem to be pushing the envelope even more. EA couldn’t have picked a worse time to not put out a game.

EA knows all about being the only game in town. They forced 2K Sports out the door when they purchased exclusivity for NFL video games. This meant that if you wanted to play NFL football in a video game, it is Madden Football or bust. Some people yearn for the days of 2K football, but based on sales not many are still complaining. They also produce the undisputed number one hockey and soccer games with the NHL and FIFA series. Take Two backed out from hockey after NHL 2K11 fell flat, and even though Konami keeps making Pro Evo Soccer games, does anyone know anybody that owns that over FIFA13?

Baseball seems to be the only sport that has multiple video games still duking it out, and that might only be because of rights issues. The MLB 2K series has been the standard game on all platforms due to an agreement preventing third party companies from making games with the MLB license. This would have left them with no competition if SONY hadn’t decided to make a game anyway as a Playstation exclusive. MLB The Show has been regarded as the best baseball game, if not the best sports game overall, available. However since it is only available for Playstation, Take Two still gets all of the sales from baseball hungry XBOX and WII owners. That might change soon as the exclusivity agreement is about to expire. There might not even be an MLB 2K13 next year, meaning once again, there could only be one game in town.

With all that said, I again ask if it actually matters? Is it bad that all of these companies have little to no competition for their respective sports titles? Logic would say yes. Less competition leaves little desire for the work to be put into drastically improving games each year. If there is no one to challenge the throne, what is the point of spending the money. Certainly the Madden Franchise has been accused of this. Every year they come out with another version of Madden and while they still sell at a ridiculous rate, critics call in little more than a 60 dollar roster update. Truth be told, little has changed with MLB The Show, NHL or FIFA games either. Sure some strong competition would bring out the best in everyone involved right?

Not necessarily. While little changes from year to year, it must be acknowledged that these current games are regarded as the best ever in their fields. FIFA12, NBA 2K12, MLB The Show 12 and NHL 12 were all called the greatest sports game of all time by somebody. Madden might have gotten similar praise if it wasn’t so ridiculously popular. It’s just not cool to give accolades to something that well known. Call of Duty goed through the same troubles now. It’s much for fun to trash it for not being as good as it used to be. With these sports franchises not needing to make drastic changes to separate themselves from the pack, they can keep everything that works and spend their time making small tweaks that each make their game slightly more like the real thing. The casual fan might not really notice it, but NHL 13 plays a lot more like real hockey than NHL 12 does. While being the leader in a one car race can lead to laziness, it can also provide to patience to do the small things that matter more down the road.

Sports games are different from any other type of video game. It is the only genre expected to come out with a new game every year. The Uncharted series needed five years to produce three games. I didn’t notice anyone complaining though. To expect drastic changes every year from a sports game is asking for a lot. I’m not saying that competition wouldn’t make the games better, but I am saying that sports games are as good as they have ever been without it.

I guess all I’m getting at is, EA can cancel next year’s NBA game too if they wanted to.